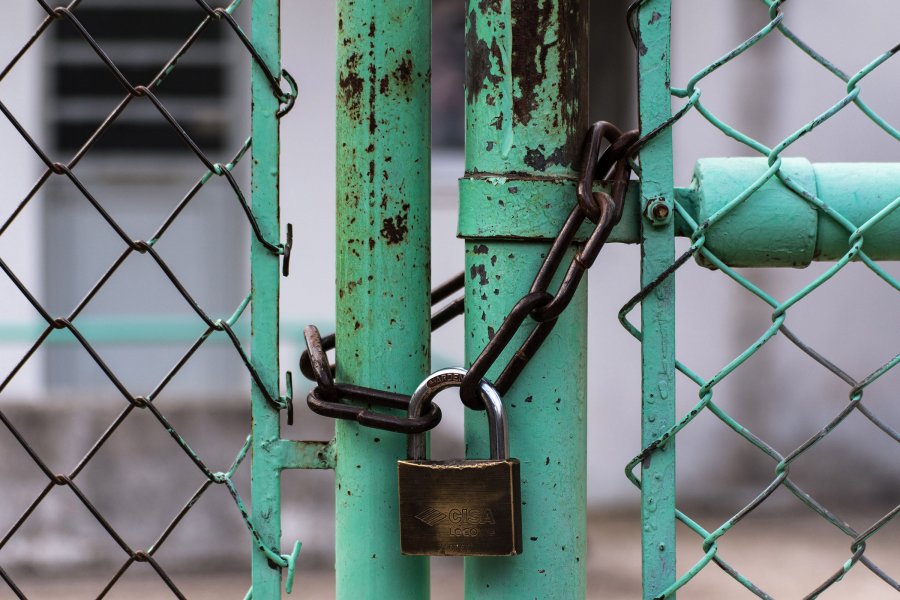 Today’s businesses largely operate in the digital world. We make sales through websites and process transactions online or over the phone. We’ll save to hard drives and on computers or the cloud and many businesses have chosen to go paperless.

It’s easy to feel safe when we don’t have digital assets which a thief could get their hands on to.

However, with even the strongest digital security, if your physical security isn’t up to scratch you’re at risk of a devastating break-in.

A foot in the door

The best place to start when improving your businesses physical security is at the doors. Assess both internal and external doors and frequently review your access control.

While external doors are the first line of defence against unwanted intruders they’re often unlocked and freely accessible during the daytime to customers, courier deliveries and staff coming and going.

All of your doors should have some key system whether that’s physical keys, a key card system or keypad entry. Keep in mind: the world’s best lock won’t secure a weak door. Ensure you check that your door, hinges and frame are durable and fit for the level of security you’re after.

A window to your business

Although less accessible and often harder to get to, a window is an easy access for a crafty thief, especially in older buildings where window locks or latches might not be installed.

Also, windows are not usually alarmed. Test your window locks frequently. And, when leaving the window on the latch give it a little push test to ensure that the latch is caught and it can’t be pulled open from the outside.

Too little too late

If an intruder manages to gain entry to your premises you want to limit the potential damage they’re capable of. Store any physical documents in locked cabinets—don’t keep the key in the locks!

Irreplaceable items should be placed in a heavy duty safe.

Depending on the nature of your business look into storing hard drives and other data storage technologies separately in locked cabinets too. This will slow down the efforts of an intruder and can help with insurance claims.

Improving before it’s too late

Small to medium businesses sometimes feel a sense of security in their relative anonymity compared to their corporate counterparts.

This degree of safety is usually false as thieves often prey on the vulnerable little guys who often don’t think they’ll get robbed.

Also, in the Bay of Plenty especially some business owners feel they are safe from thieves. (Who would do such a thing in our little part of New Zealand!)

Instead of waiting until it’s too late; learn what steps to take with your business today. Get in touch with Lockwise, we’ll help you eliminate as many risks as possible!