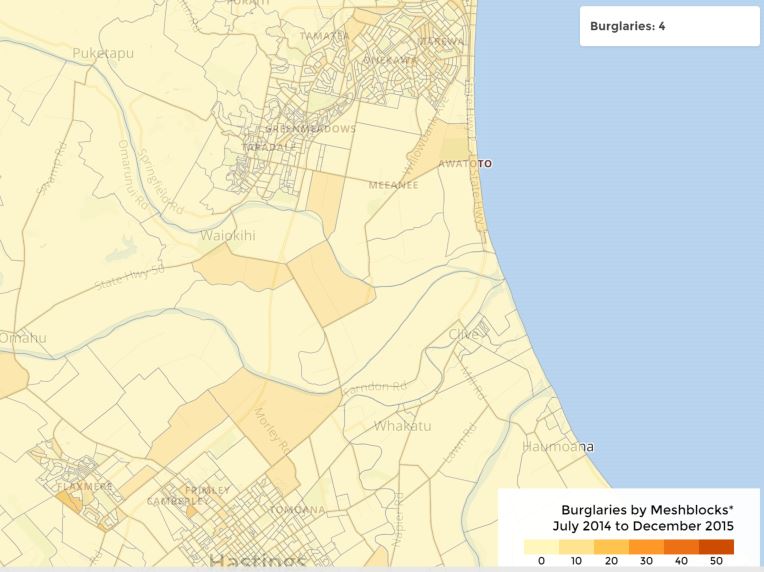 We thought this was interesting – a breakdown of reported burglaries in Hawkes Bay by area, reported for the first time in NZ by the police

Click here for the NZ Herald maps, and then choose Napier / Hastings on the map.

Like other places around the country, there are concentrated pockets of theft in certain areas in Hawkes Bay. Some areas round us you’d expect – we know them from going to change locks in the aftermath of a burglary – but others aren’t places you’d probably guess.  It looks like there’s a real pattern of more rural and less populated areas suffering disproportionately, so for example the industrial areas of Onekawa in Napier take a bit of a hammering, from opportunistic thieves.

Other small areas just stand out on their own as being high burglary risk – we guess it’s down to the work of one or two people living there who like to do the proverbial on their own doorstep. Let’s hope the police can pay them special attention…..

Unfortunately it really just reinforces the need to lock up, secure valuables and think about security wherever you live.